HOW I MADE IT 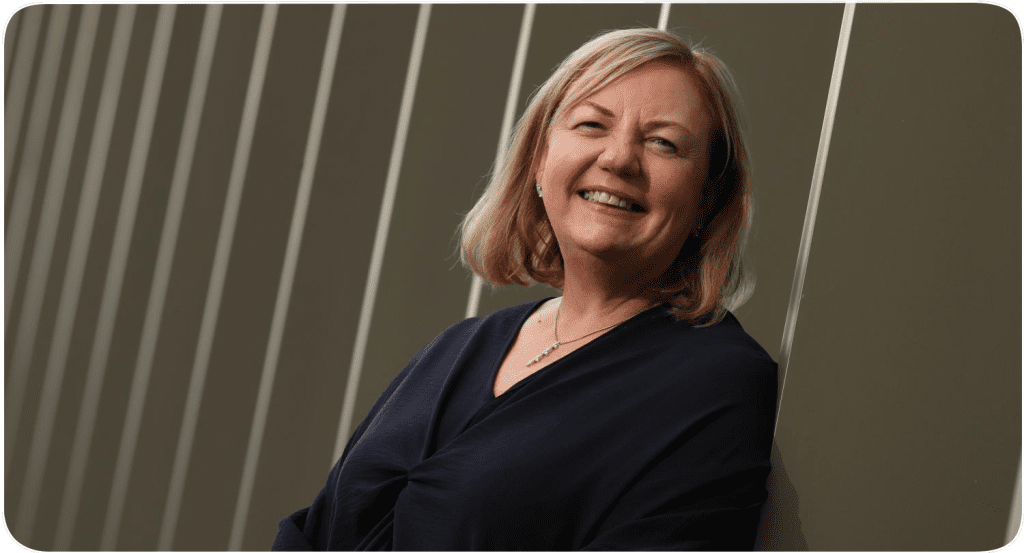 It is a long and winding road that has led Jill Reckless from South Yorkshire miner’s daughter to chief executive of RxCelerate, the Cambridge biotech business with a turnover in excess of £10 million.

“When I was a teenage girl in a mining village, the thought of having a career in science and ending up as CEO of a drug discovery business was something I couldn’t even imagine. There just weren’t any role models, especially not for women,” she said.

So despite being a science-mad kid who aged 13 was already determined to take a degree in biochemistry, her first job was in a more traditional graduate profession: she was a trainee accountant with Ernst & Young for 18 months before returning to the fold and doing a PhD at the National Heart & Lung Foundation.

Even that decision, the one that finally set her on the path to becoming a medical research scientist, was delayed by the “invisibility” of the choice to her younger self, she says. “Doing a PhD just wasn’t on my radar. It took me over a year to decide that it might be a valuable thing to do.”

Perhaps it’s no surprise then that the final stage of her journey — becoming a scientific entrepreneur -—took even longer. Reckless, 56, had been a medical researcher for well over a decade before she joined the University of Cambridge department of medicine and met David Grainger, c0-founder of RxCelerate. Working on drugs in the preclinical phases of development, the pair realised that many potentially life saving therapies were not being pursued due to a lack of commercially-available high-grade scientific and technical support during those vital early stages.

So in 2013 the pair took out a £25,000 loan and went into business on their own account. Their company would offer corporate-style drug discovery services to the burgeoning group of biotech start-ups working on potential treatments for diseases ranging from cancer and autoimmune disorders to allergies. The kind of top quality services that were previously the preserve of big budget labs owned by pharma giants.

“I came to a crossroads, so David and I set up RxCelerate to fill a gap in the market for a boutique service provider delivering bespoke drug discovery programs. To be Fortnum & Mason, not Tesco. We’ve spent the past nine and a half years building up a state of the art toolkit for drug discovery,” she says.

That toolkit ranges from computerised “in silico” drug design and virtual models of diseases in animals to expertise in clinical trials and statistical analysis. Everything that “anyone with a good idea”, as the blurb on the company’s website puts it, needs to investigate whether their idea has the potential to become a safe and effective new medicine. For just as a tech start up must market-test its product before it can attract a Google or a Microsoft to invest as a corporate partner, so a biomedical start-up needs to demonstrate clinical potential before the likes of GSK or Pfizer will take an interest.

“It’s doing basic academic research looking for potential therapies for unmet clinical needs. You start in the lab with a test tube, then move on to cells, animals and ultimately people. At least 10 of the programmes we’ve worked on have been acquired by big pharma companies and are progressing to further development” says Reckless.

It turned out to be worth the wait – in its first year of trading with a staff of three, RxCelerate did around £400,000 of business, she says. Last year it generated revenues of £10.3 million, with an operating profit of £490,000. It now employs over 80 people and expects revenue growth of 40 per cent for 2022. Customers span not only those innovative start-ups but also big pharma itself, attracted by the team of world-class interdisciplinary experts that Reckless has assembled at the firm’s Cambridge HQ.

Accidental CEO or not, she had her priorities clear from day one on the job. “Focus is really important. When I started I knew there were two things I had to do. One was to get cash in the bank, because cash is king when you are starting up. And the other was to work really hard to make sure we were delivering something different to the other service providers.”

What separates RxCelerate from the competition is that it’s a “one-stop shop” for the UK’s £90 billion biotech sector, she adds, a platform for drug discovery in the same way that booking.com is a platform for hotels and Spotify for musicians.

Unlike those examples, the business has been funded entirely organically so far, because it’s in a sector where success is as much about human as financial capital, she says. “We are profitable — our [gross] profit margins are between 30 and 40 per cent. But we invest all those profits into new technologies and growing the business.

“Ultimately, growth is about getting the right people, and we’ve been able to get them without needing any [external investment].”

The pair’s background at the coalface of research has helped them to lure that top talent by building a company run by scientists, for scientists she says. “We have to be competitive on salaries, that’s important. But the other thing about scientists is that they always want to be learning and developing themselves. Rather than being a pinpoint in a large company, we offer them a much broader experience – that’s very attractive.”

The company is preparing to celebrate its tenth anniversary next year and her goal is to help other aspiring female scientists to follow in her footsteps, if perhaps via a more direct and faster route. “Throughout my career, key people have seen things in me that I haven’t seen myself. Now I want to support other women in science, and say to them that if they have a positive attitude they can achieve anything.”

What advice would she give to other entrepreneurs looking to build a successful company? “Always give people the opportunity to achieve their full potential,” she says. “And follow your gut instinct. Even though as scientists we are trained to evaluate things very carefully, sometimes you need to make a big leap – and that means going with your gut.”